We got about 5″ of snow but it was the wind that made everything so difficult. I’m sure you’ve heard on the news about the 40 vehicle pileup on I-80. I can’t believe no one was killed! Tonight the wind has gone down and the temperatures are heading to the basement. I “herded” the geese into the lean to and the goats are locked inside the barn so we’re all safe and cozy for the next couple of days. Rick will clear the snow away by the barn and then I’ll let the goats and geese out again tomorrow.

And Dougal! He is border collie and blue healer – and such a great looking little dog! 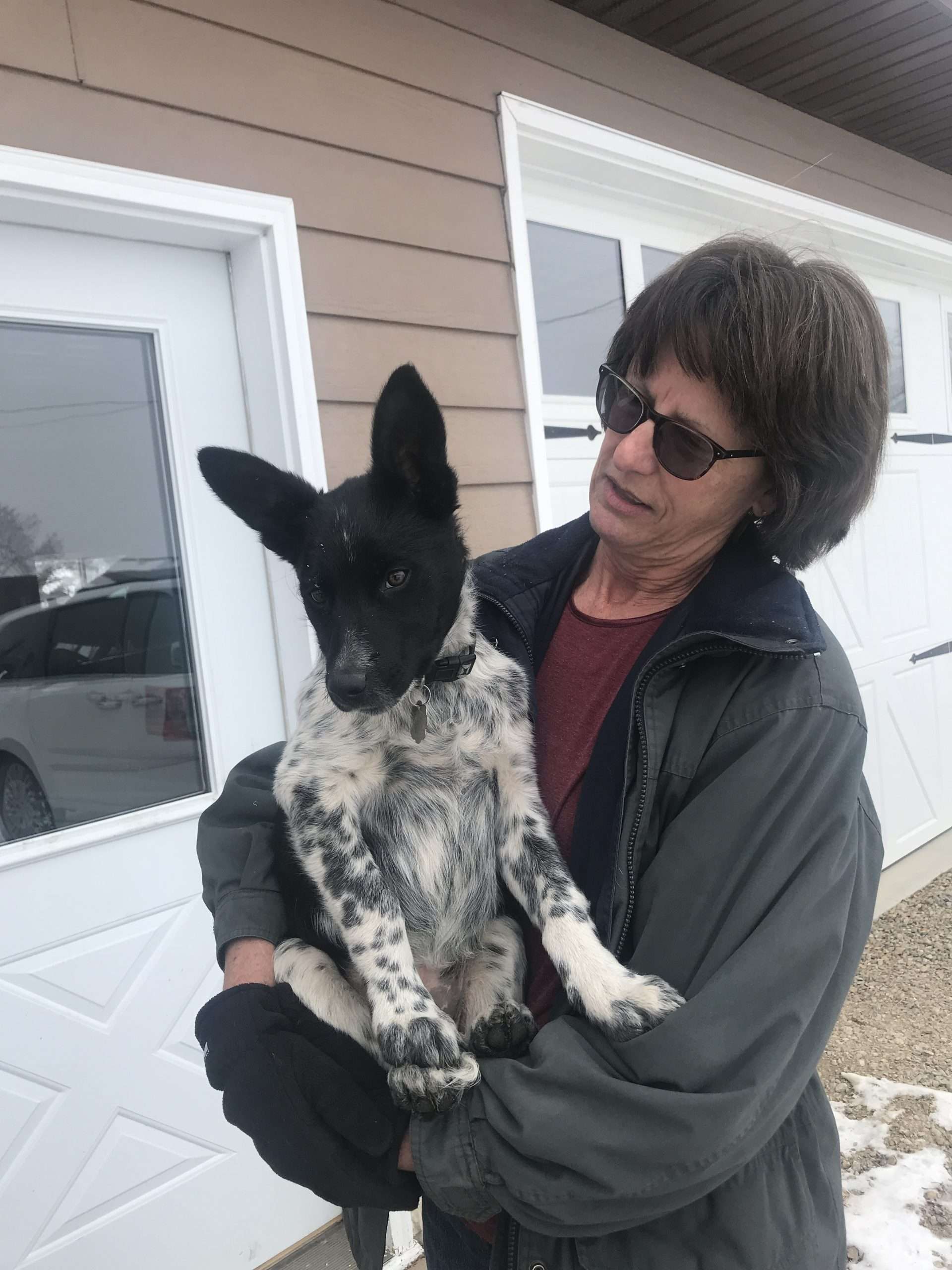 I’m sure many of you read Kalissa’s blog Pink Shoelaces. She recently wrote about her experience with letters of apology reminiscing about being a kid visiting Country Threads and screaming at the top of her voice with her siblings while they were just playing outside the quilt shop. I nearly screamed myself thinking that some kid had been hurt outside – imagine being a shop owner in the country on your own property and a kid gets injured – seriously. Injuries! Medical bills! Lawsuit!

Nobody was hurt – they were just playing but their mom made them write me a letter of apology which I even printed in the Goat Gazette. I still have it somewhere because it was just so sweet. This week Kalissa’s little boy, Carver, had to write a note of apology to his bus driver, Jim, for a small delay he caused while getting off the bus. The best part was his P.S. : Tell Jim I love him!

I didn’t even take any pictures of the snow today – I’ll bet it will still be there tomorrow.