It just never pays to try to rush through something that should be thought out, like I did with the bullseye post. Good grief!

So what about that third circle? Have you considered using those circles you cut out of the back of previous rounds? If your previous circle, the second one, was cut from a 6″ square, the last one just has to be smaller, right? I would suggest a 4″ square but my first choice would be those cut away circles which might need to be trimmed down.

See this stack of circles? 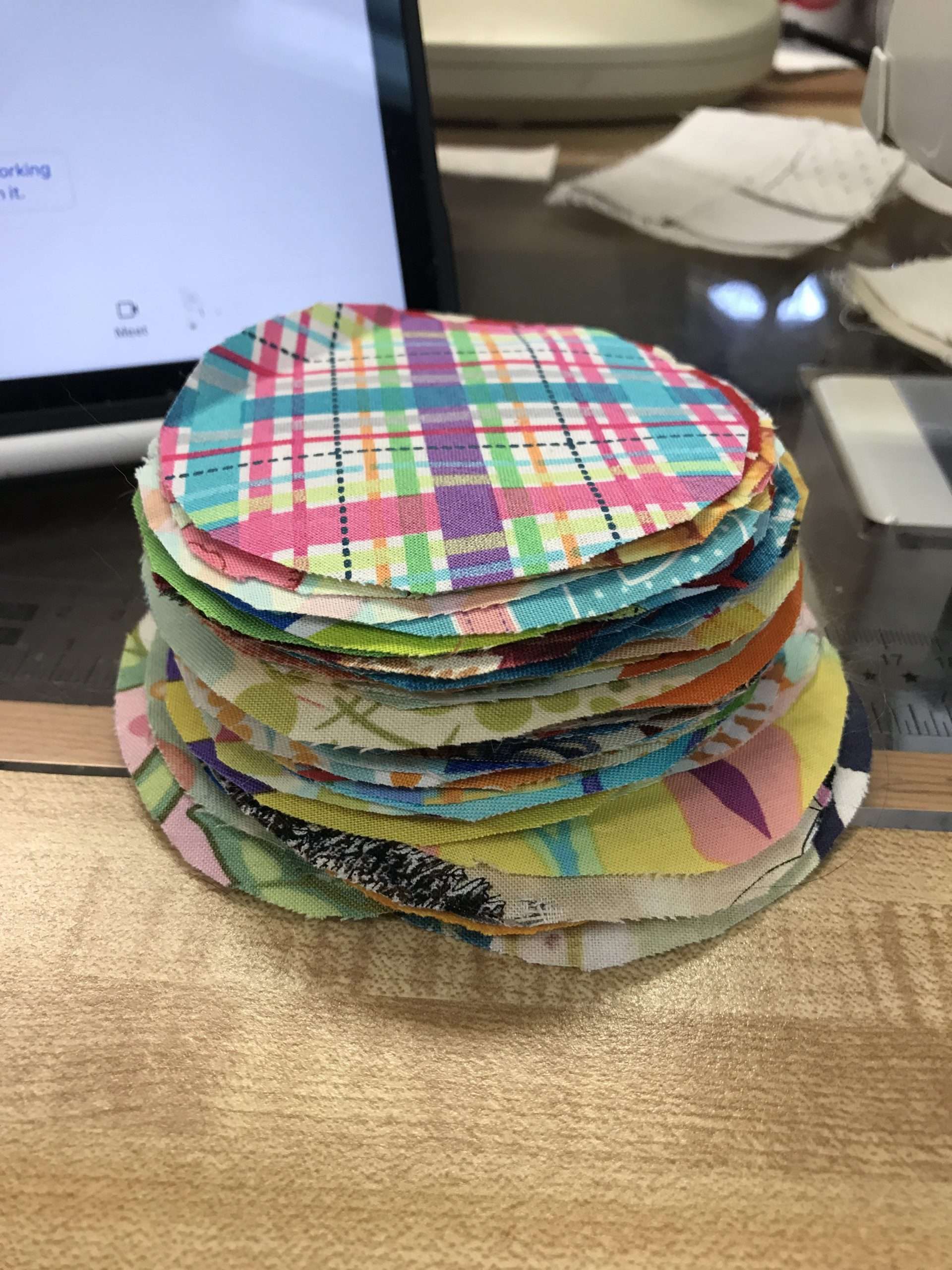 I have several stacks like this and I’m going to cut them just a bit smaller so I can use them as the third round.

The next step in two weeks will be cutting the blocks in quarters and resizing OR resizing and then cutting into quarters, which ever way you choose.

Here are the Dirty Dozen: 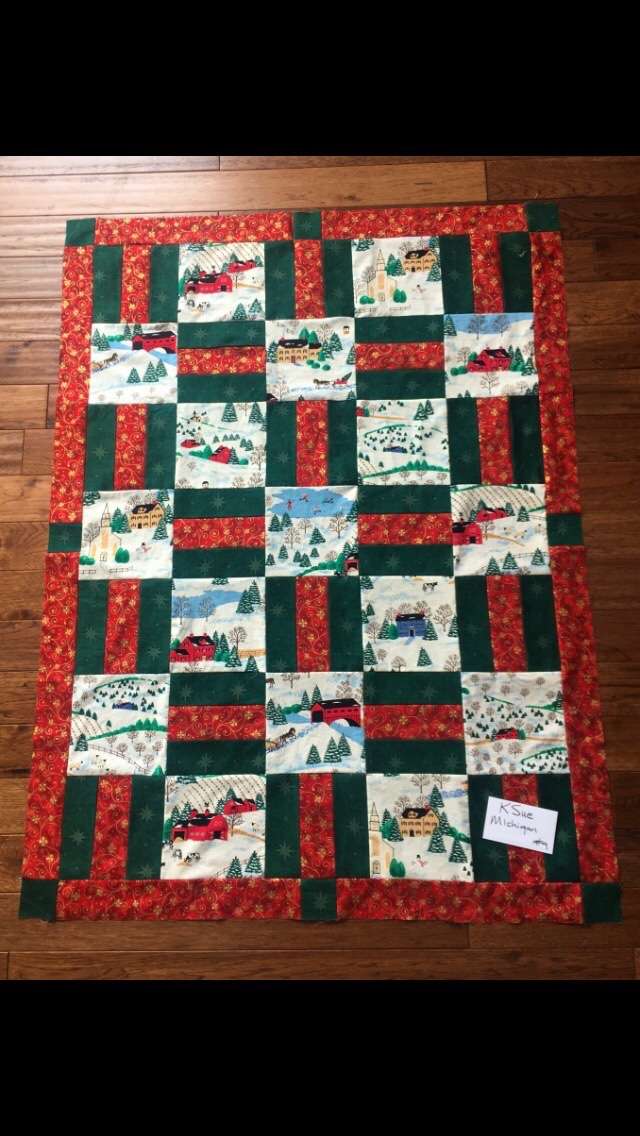 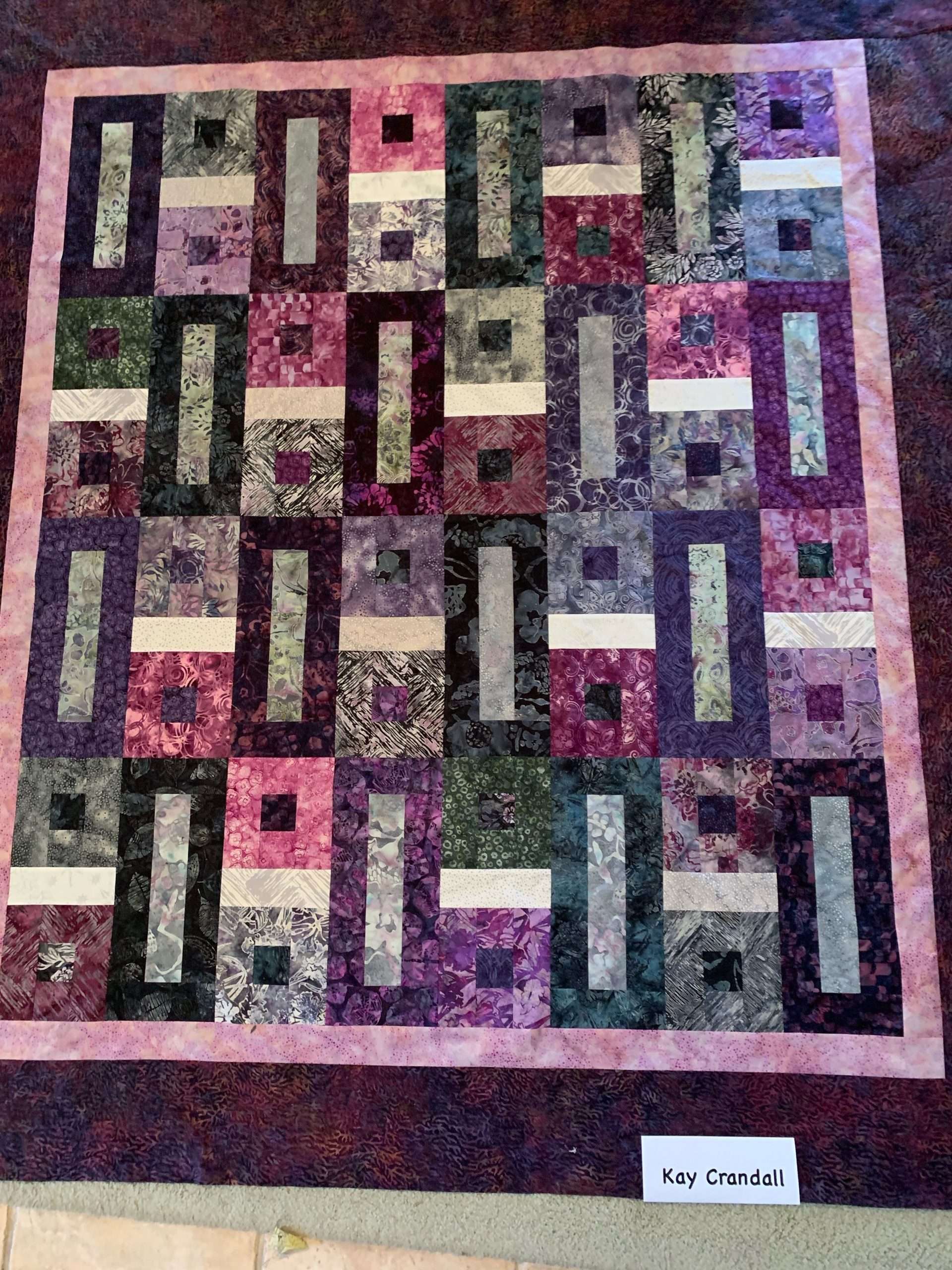 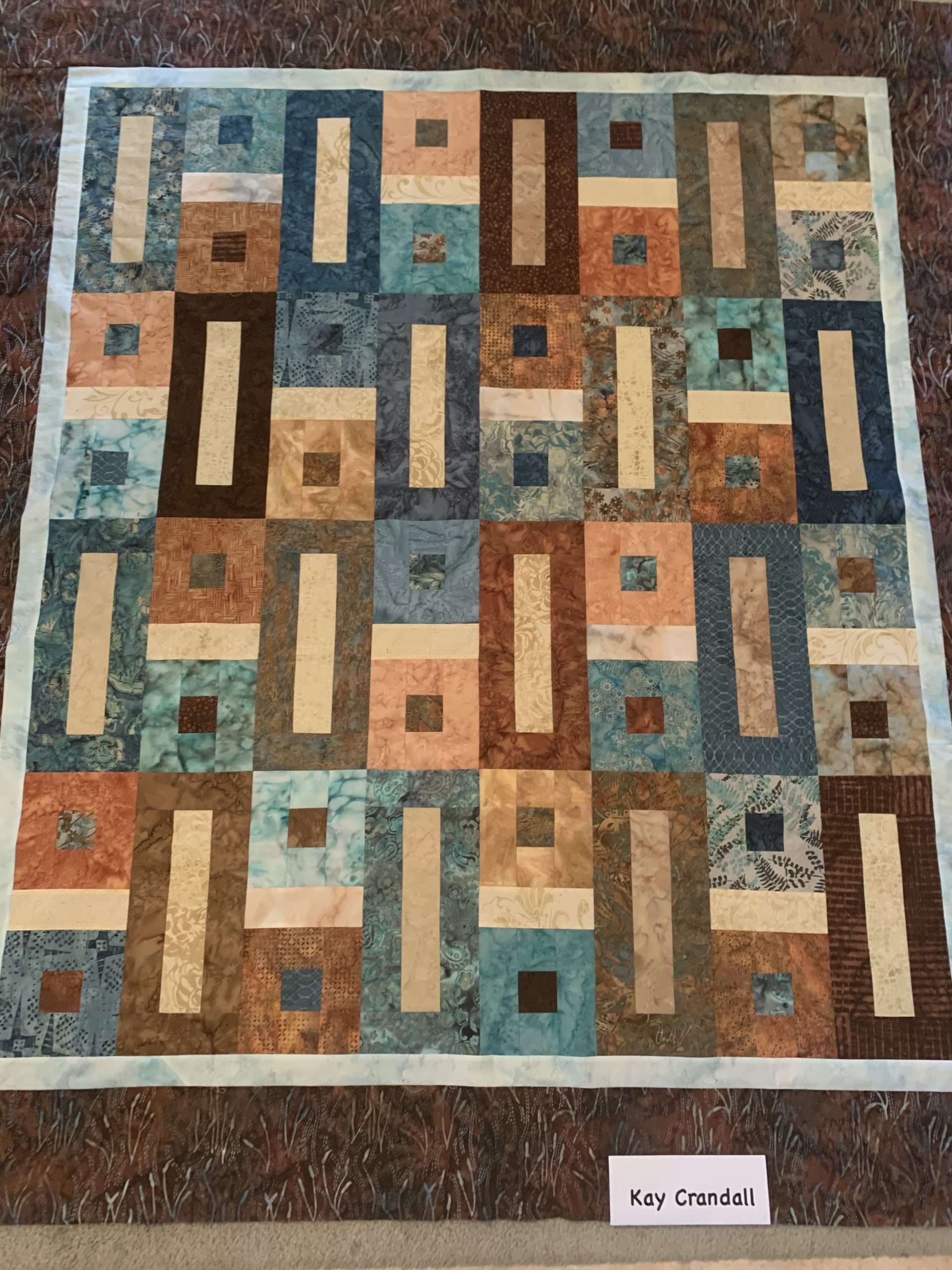 I quilted this Big Star quilt yesterday and tonight I will bind it. 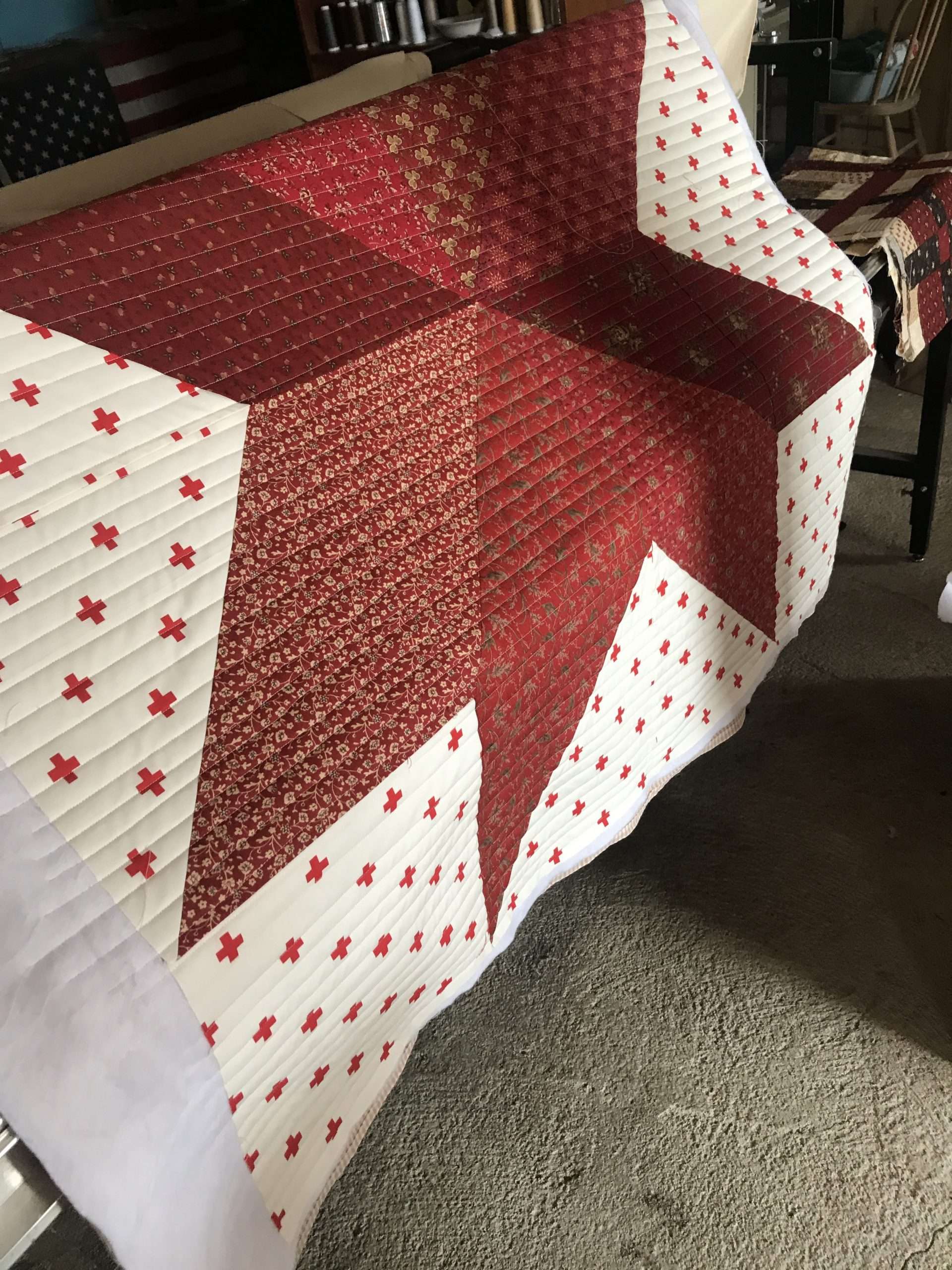 I’m also finishing up Dot, Dot, Dot which will be ready for quilting.

Then I think I can cut into the blue and white fabrics – I’m looking forward to a new project. I think it’s about time to make another log cabin quilt.

My apologies for the earlier post because I was rushing. My fingers got ahead of my brain!