Kayla has returned to school and still has managed to post three more patterns in our online store- Small Things, Circle of Geese and Thirty Stars. Here they are:

Small Things – little paper pieced blocks that Connie just loves to do! The quilt is glorious but I am not a fan of paper piecing. Ugh. This quilt could sway me however. 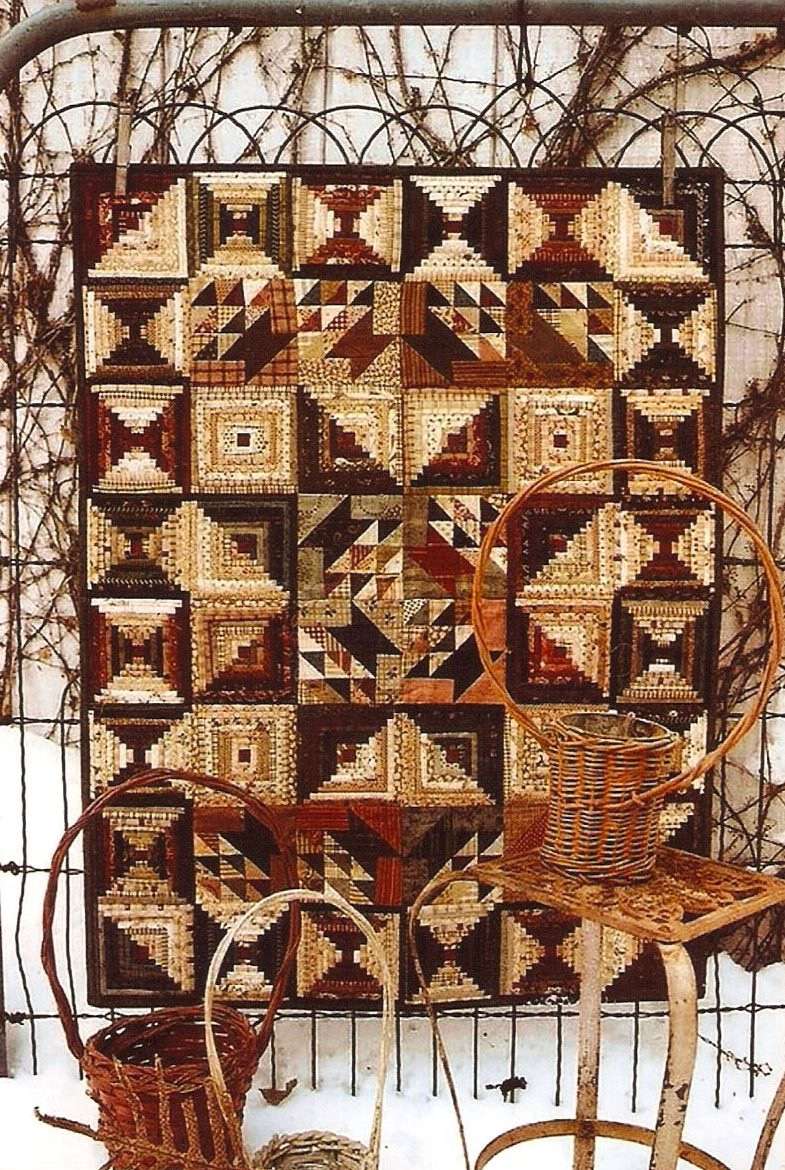 Circle of Geese – this is an older pattern but one of our most popular. 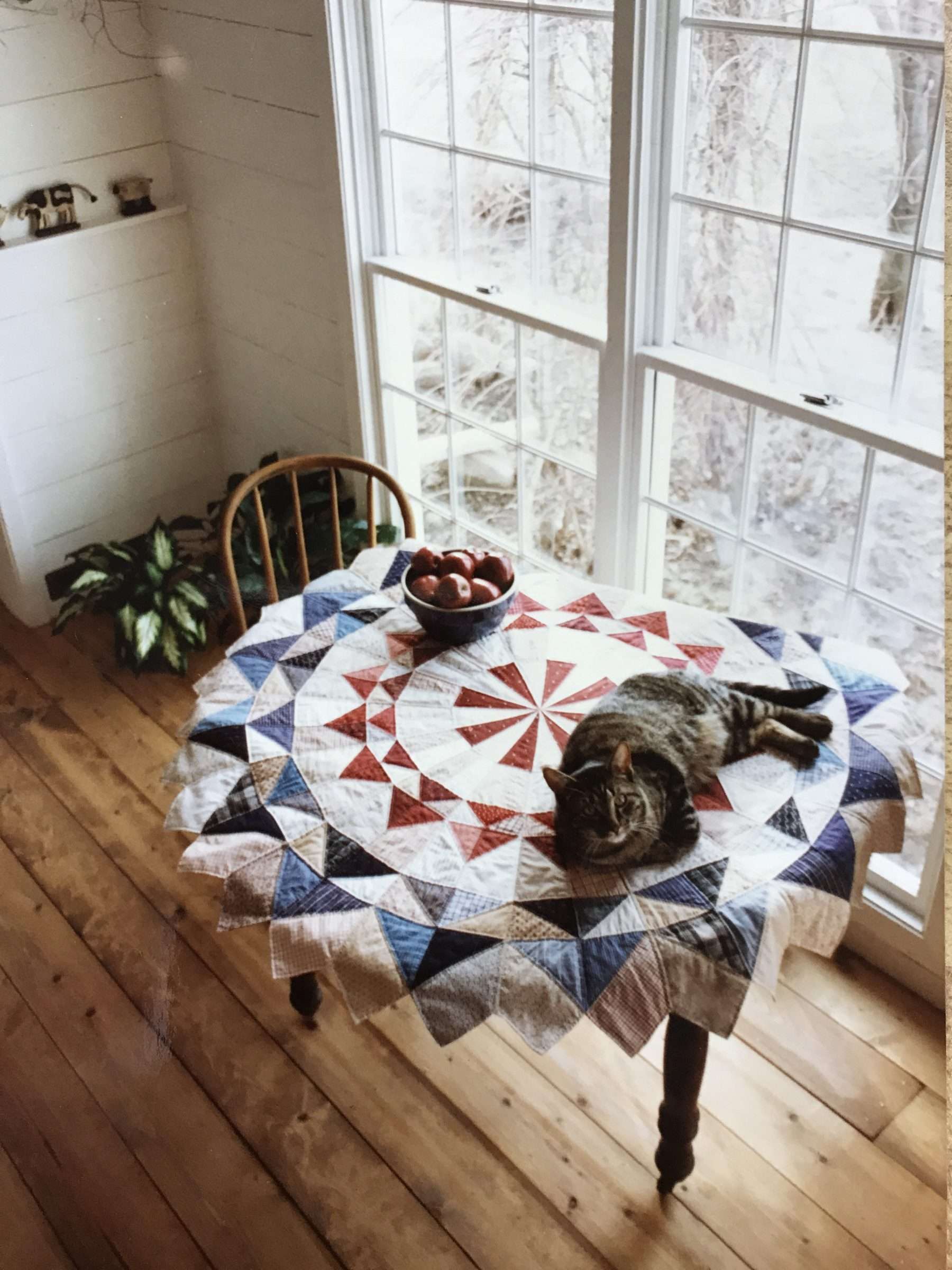 Thirty Stars – we were asked in 2008 by Country Living Magazine to make a commemorative quilt for the magazine’s 30th anniversary. We had recently been named as one of their top ten entrepreneurs for the year and this quilt was featured in the magazine. 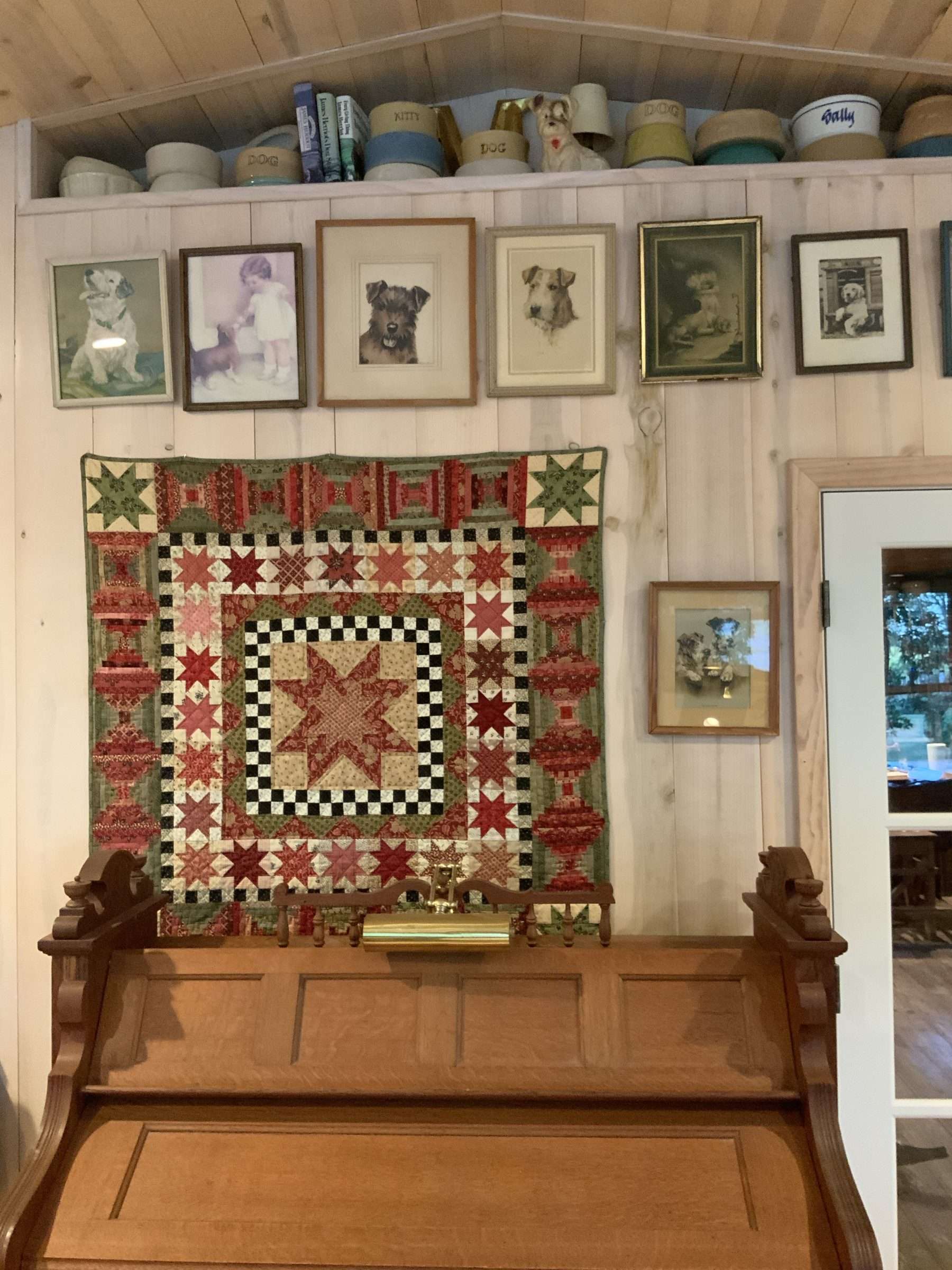 This is mine hanging above the pump organ.

These patterns are all digital download patterns in our store. Click on “shop” at the top of our blog home page to get there.

I do appreciate all the kind and encouraging words about George. But it’s been a rough day for me and I think Hazel is missing him, too. The main reason I wanted to foster was to try out a dog for Hazel to make sure she liked him or her before I actually adopted the dog. George was gone before I could safely say it would work out but this picture says a lot. 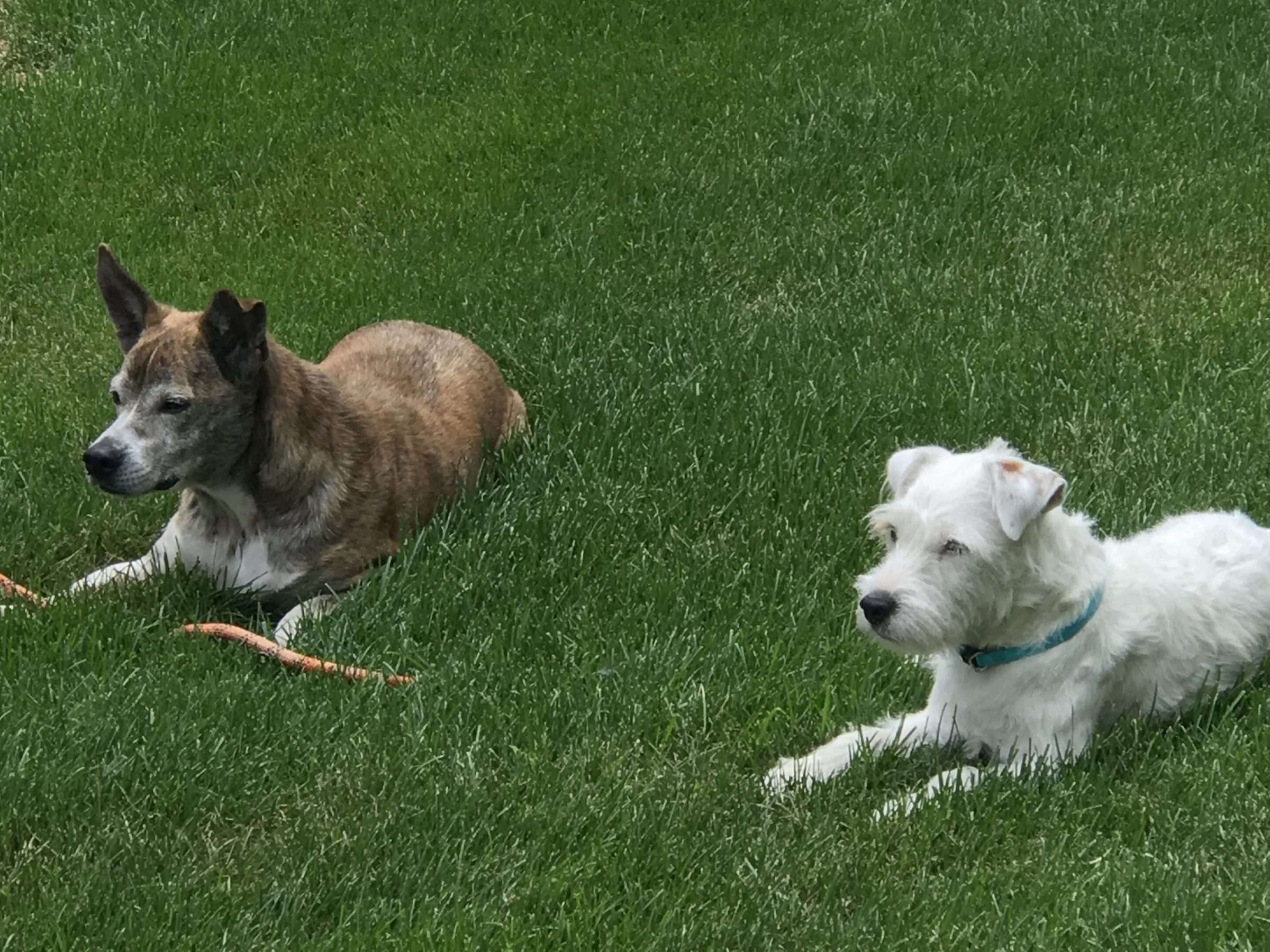 They were even playing tug with that orange rope toy in the grass. I know George will be treated like royalty and have a great life with Joan and Larry. Here he is in his bed at their house. And yes, I hope Joan will tell us about George in the coming days. 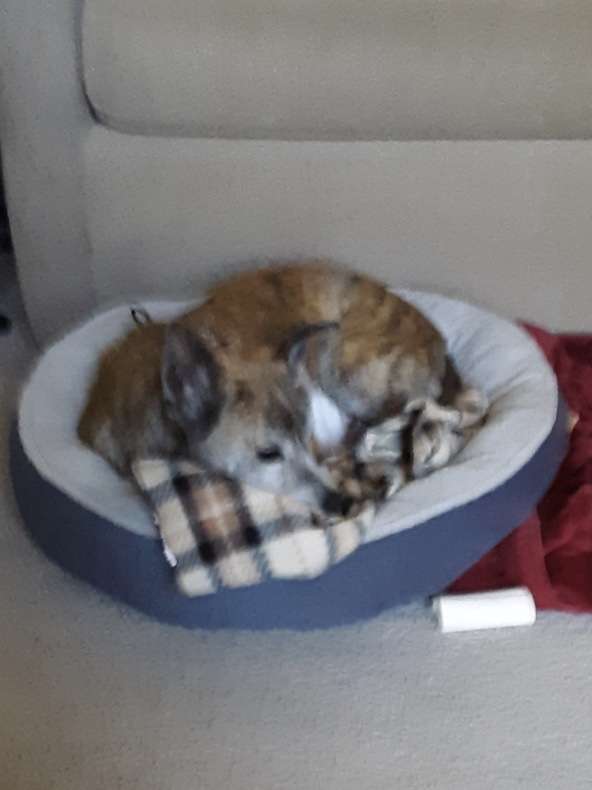 I understand the value of the foster program but I just don’t know that I can do it. George was so happy here and he had learned about the chickens and the barn and the gate and the ramp – I guess I’ll just have to teach another dog when one comes along. Not for awhile though. Both Hazel and I missed him in bed last night. Hey, Joan, give him a hug from me! 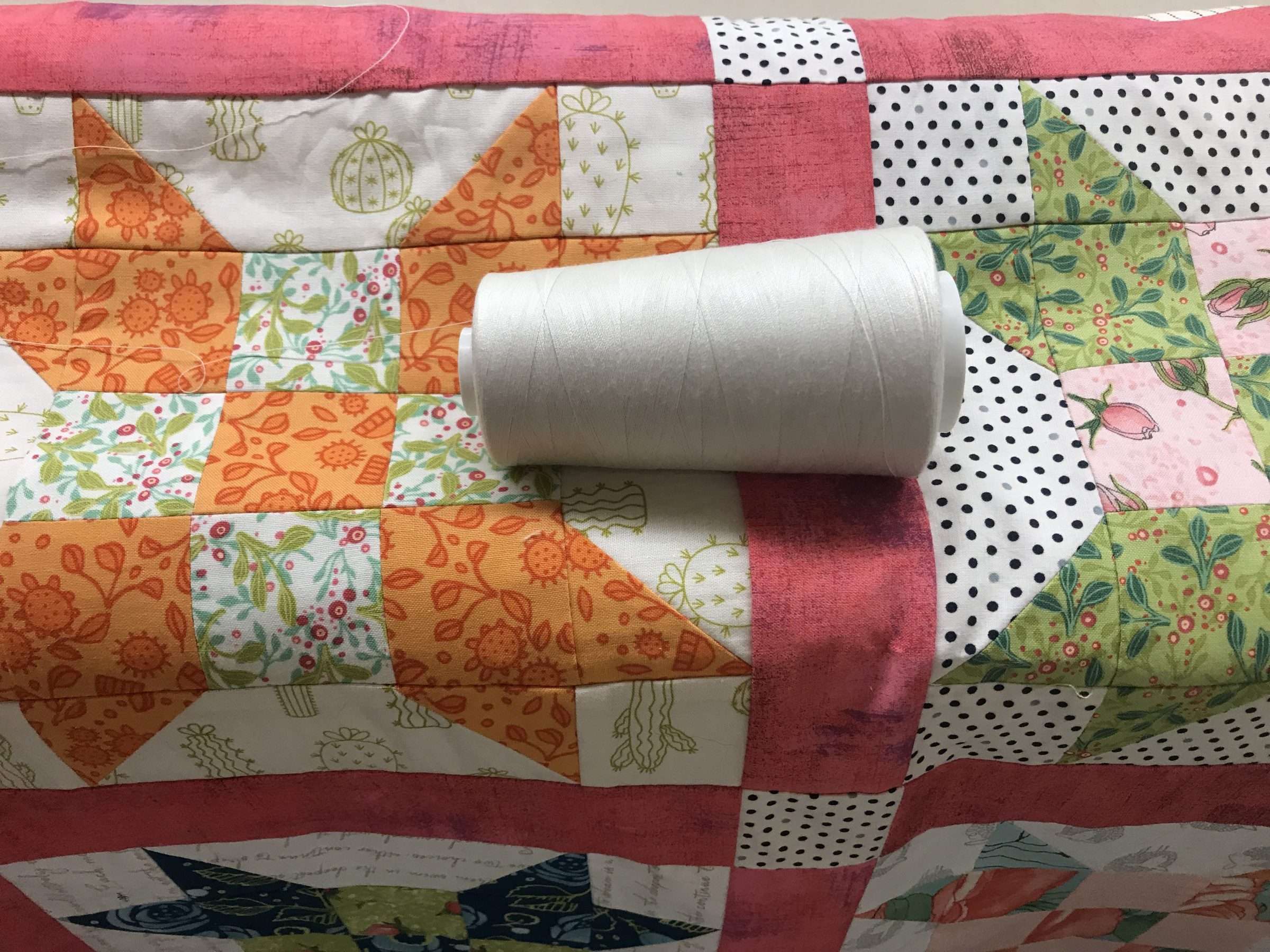 I’m working on a remake of Chicken Gumbo. We’re hoping to get these to Kayla in the next couple of weeks – first they have to be quilted and bound. Then the pictures have to be taken and the patterns written. It’s really a process, isn’t it?

That’s all for me tonight! Love hearing from all of you!