This will take lots of patience and plenty of time. Teya is so disturbed, she won’t even make eye contact with me. This is something I’ve never dealt with before and it’s exhausting in that I’m worried about her 24/7. I worked in the shop most of the day so she knew I was nearby but not “in her face”. 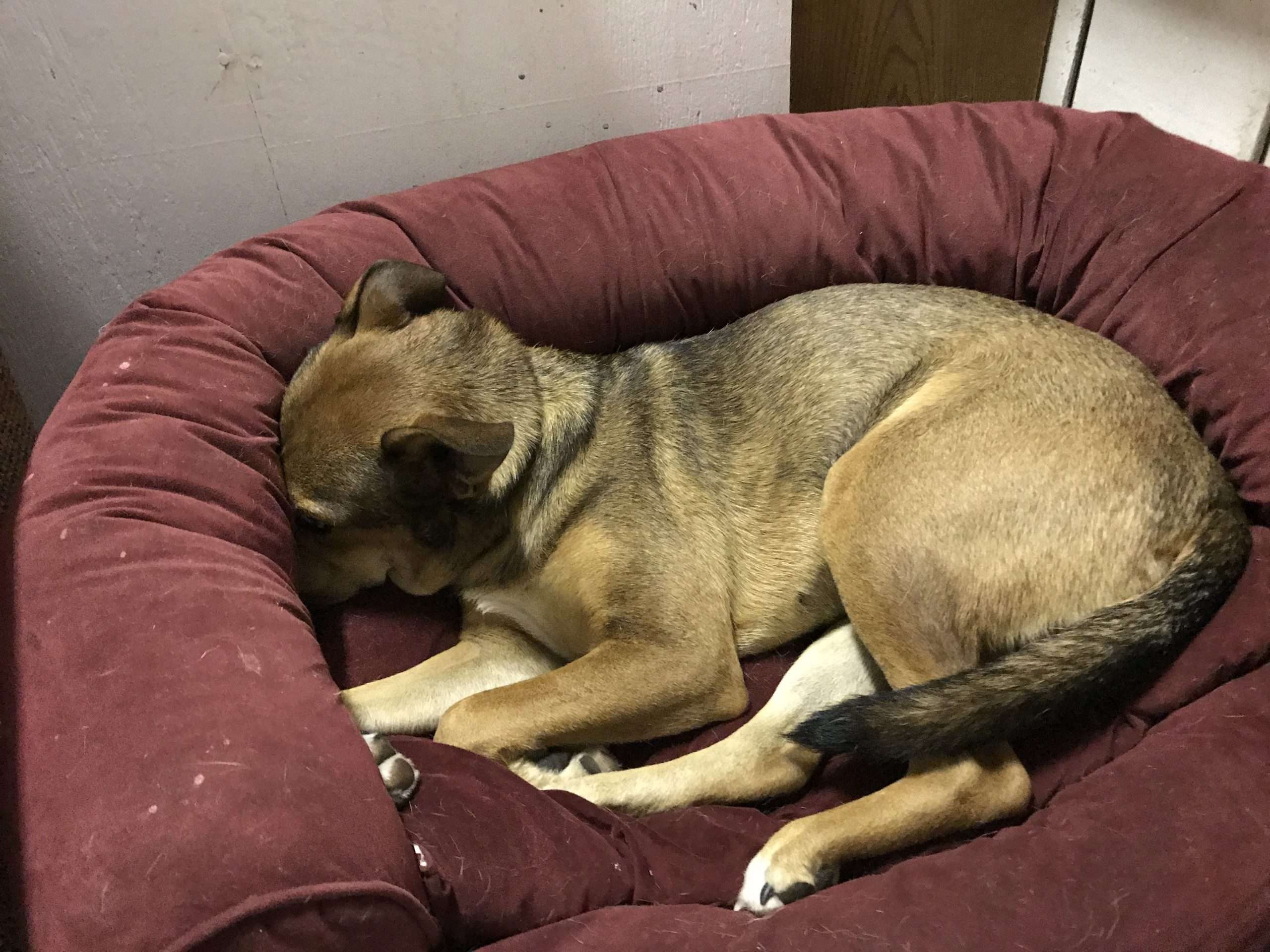 I tried to win her over with treats and yummy food until she had violent diarrhea – I should have known better. But since the puppies lived here for 5 weeks, I’m good at cleaning up.

See how she buries her head in the dog bed? I try to approach quietly and pet her very lightly – I have a chair right by the dog bed. I just want her to know I’m there.

So this is Day 2 – I’m keeping a journal so I’ll know how soon to expect change the next time I get an abused dog to care for. I can hardly wait for her to wag her tail!

Here is one small project I quilted today. I made it soooo long ago and don’t remember if these measurements are someones’s pattern but the neat thing about this block is that there is only one measurement – 1-1/2″ x 3-1/2″. Two of these blocks in a positive negative arrangement make up 1 block, 6″ x 8″. 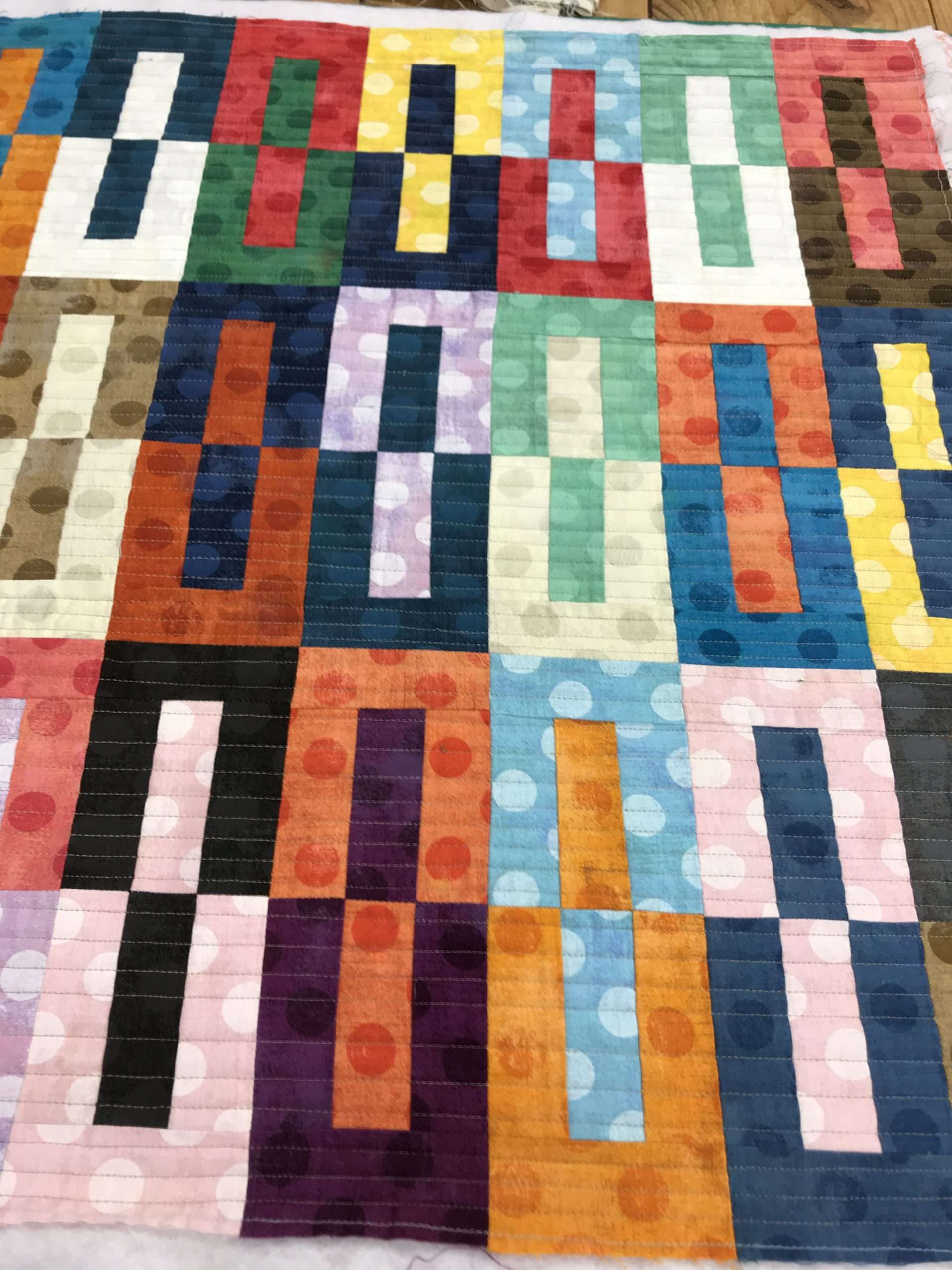 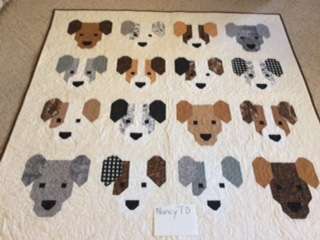 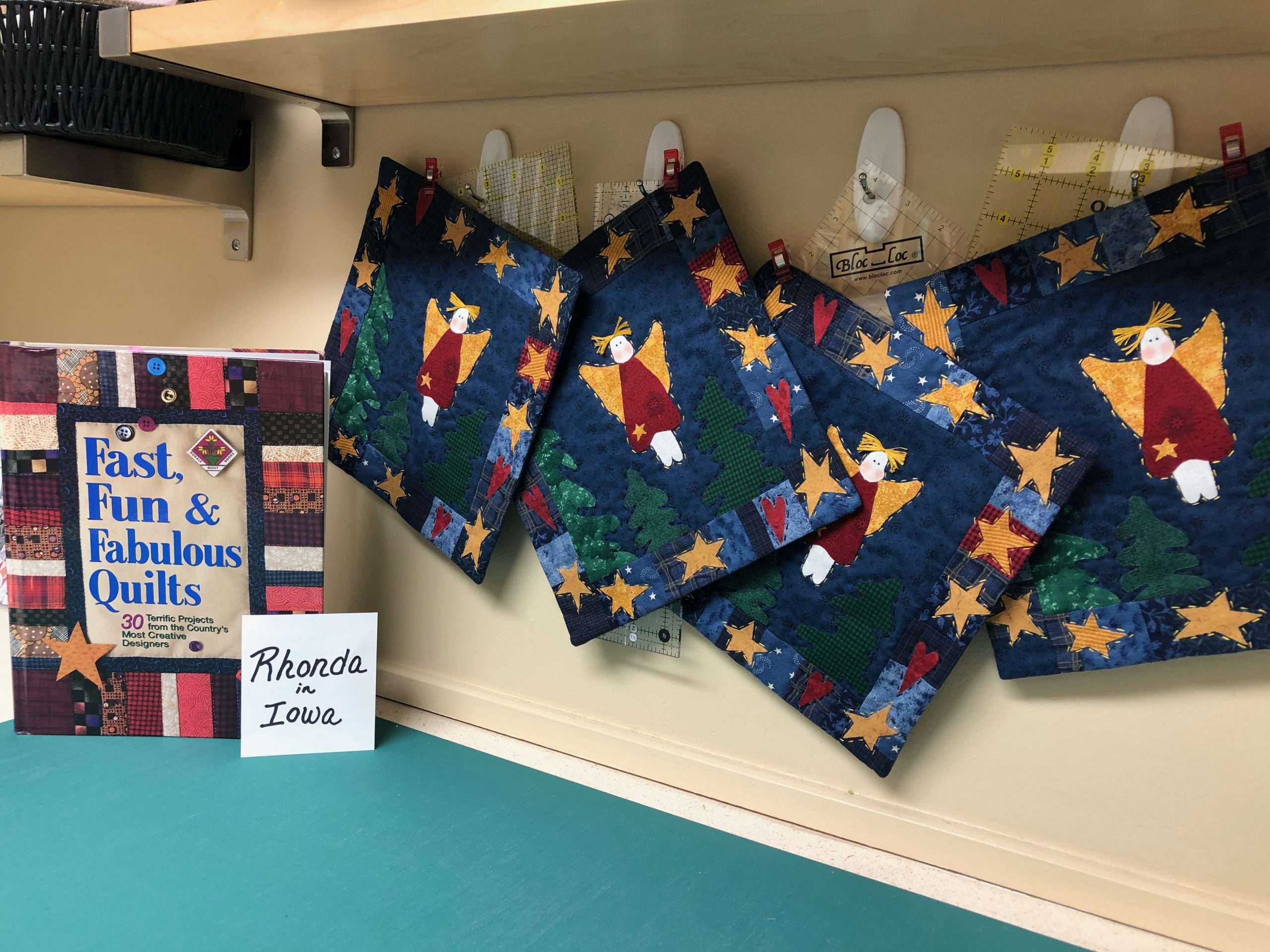 We had a couple quilts in this book from many years ago – thanks, Rhonda. Here’s our group picture – there’s Sylvia in the front row. Can you find Connie and me? 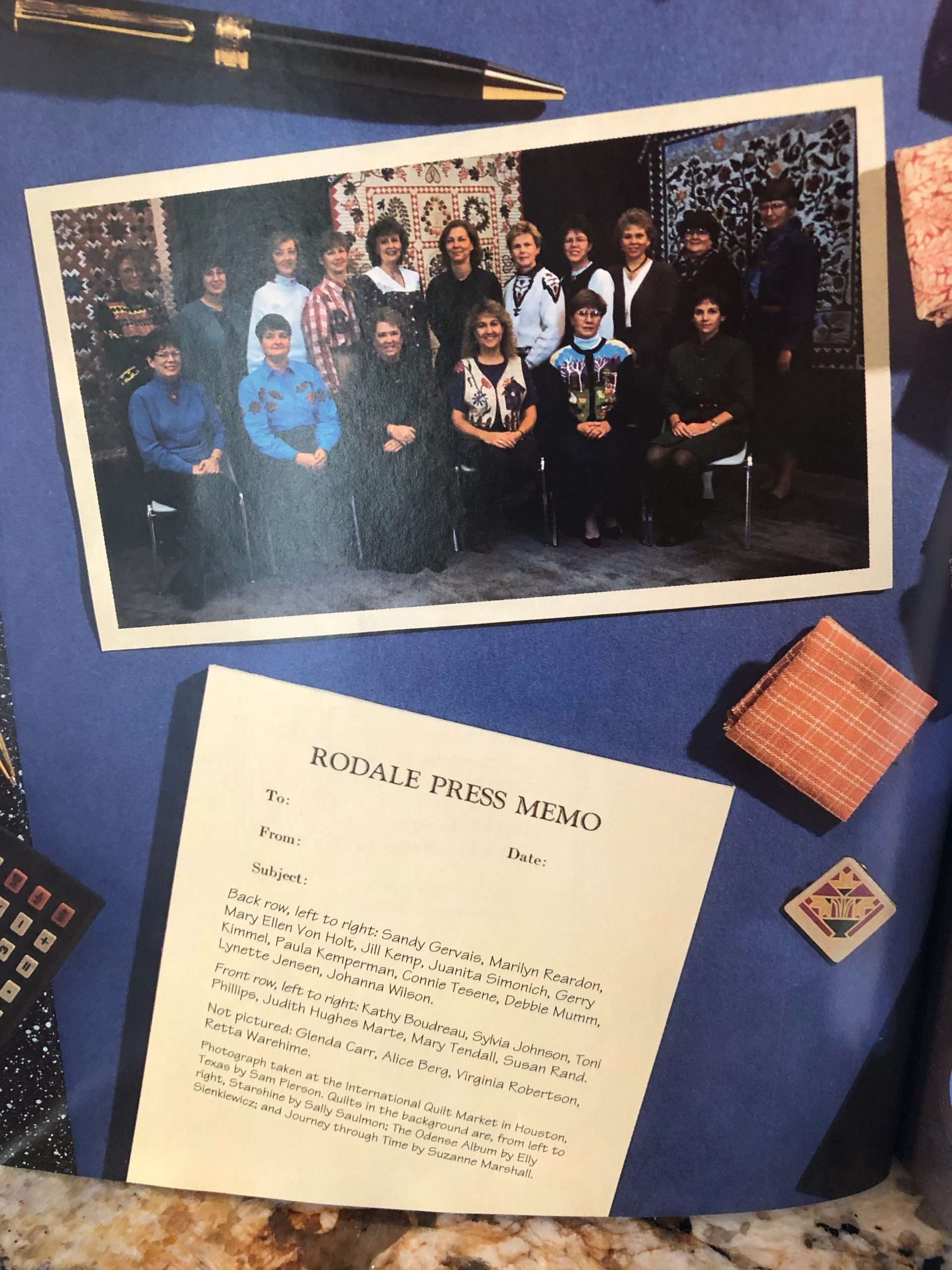 Say a little prayer for Teya that she will start to trust me. 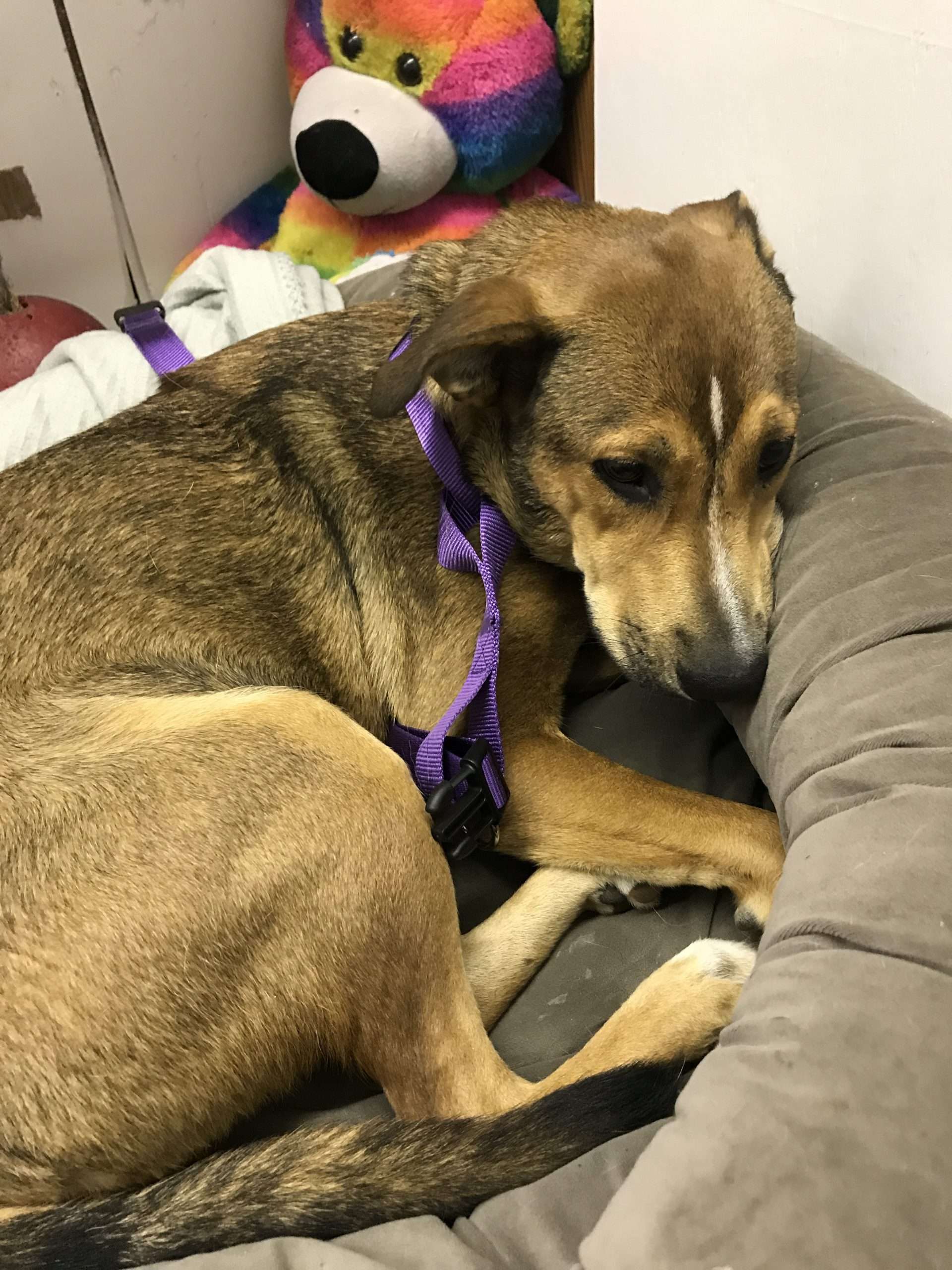